The next stop in Concord, Massachusetts was the Sleepy Hollow Cemetery, dedicated in 1855.  This cemetery has several famous authors buried here, including Louisa May Alcott, Nathaniel Hawthorne, Ralph Waldo Emerson, and Henry David Thoreau.  This is also the burial site of Daniel Chester French, the sculptor of the Lincoln Memorial and The Minute Man. 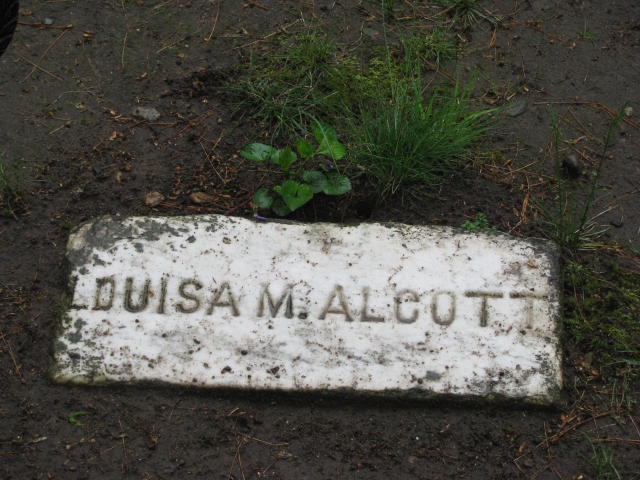 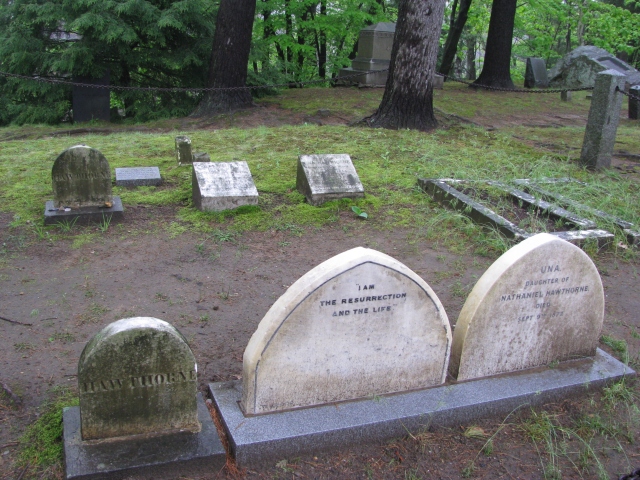 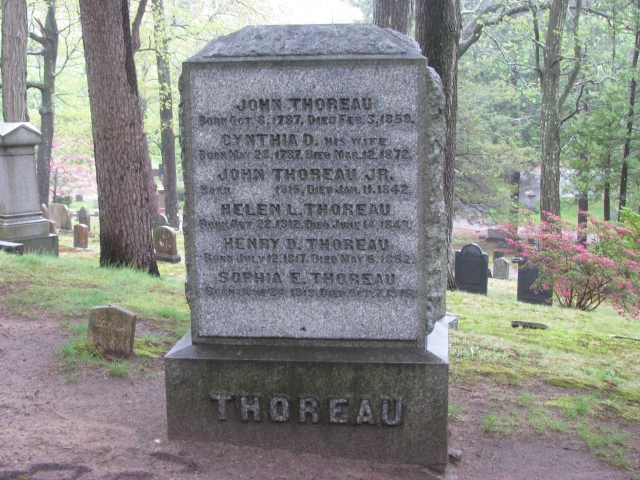 In fact, Emerson was present at the dedication and gave a speech.  The designers of Sleepy Hollow had close relationships with many members of the Transcendentalism movement, which influenced their design.  The end result was, in Emerson’s words, “The garden of the living.”  The cemetery has a garden feel and in fact many of the trees, plants and moss were left untouched.  The walkways and roads do not change the landscape but fit in.  The cemetery feels like a place to honor the dead and to appreciate the beauty of nature and life. 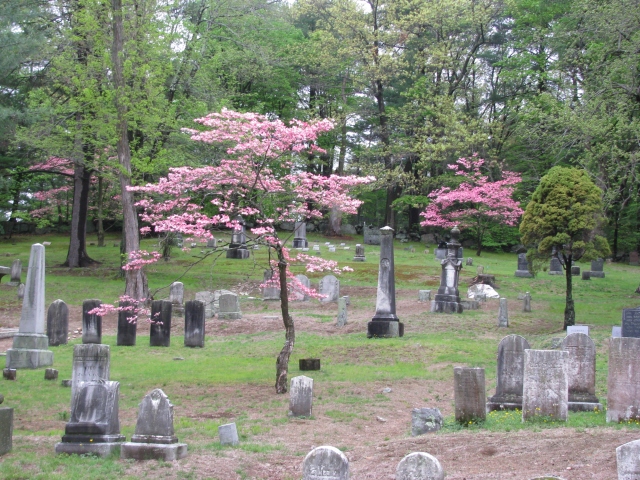 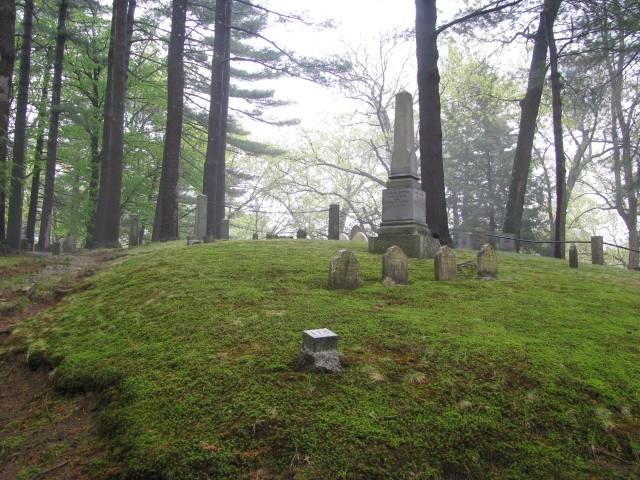 The memorial for three brothers who died during the Civil War, the Melvin Memorial, was sculpted by Daniel Chester French.  This memorial is also referred to as the Mourning Victory.

Up next is the Louisa May Alcott house.