When we decided to move to London I was excited to experience so many things, including seeing the architecture, the homes of famous writers, museums, palaces, the Thames. There is so much here that it would be impossible to name them all.  And both of us love

sports, especially football.  On November 12 we headed to Wembley Stadium to watch our first football match in London.   Wembley seats 90,000 and is the second largest stadium in Europe.

As we got off the Tube at Wembley Park the excitement increased.  We joined the masses and headed to the stadium to watch England v. Spain. 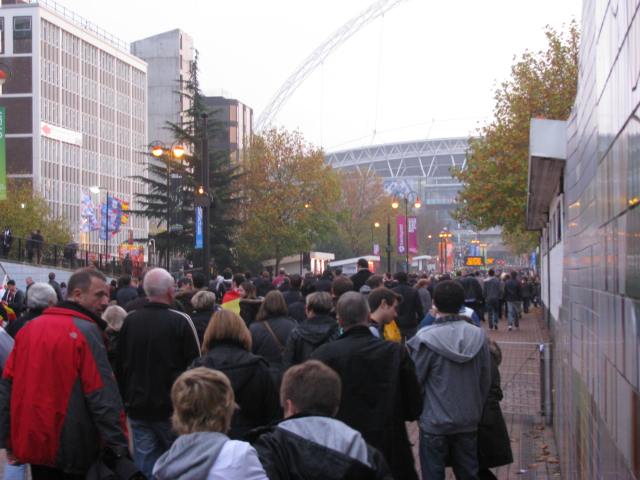 The teams came out of the locker room and prepared for the match.

Before I knew it, the action started. 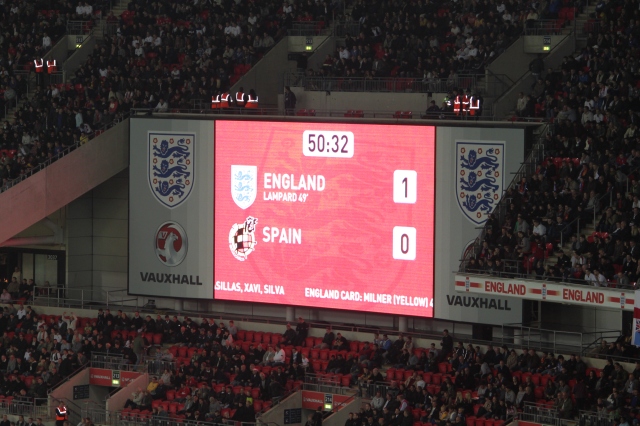 As we left the stadium I was able to appreciate the Wembley Arch above the pitch.  This arch is 317 metres and is the longest single span roof structure in the world. 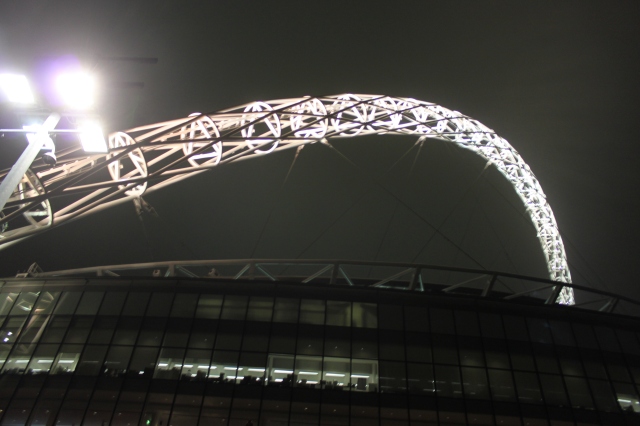 The match was fantastic and the atmosphere was great.  It was a great night. 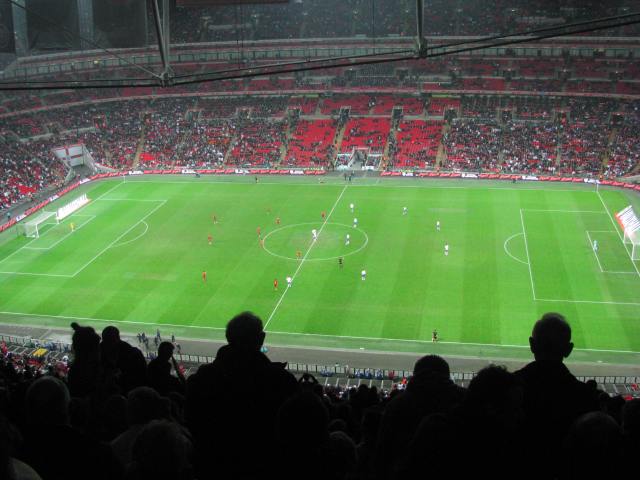 TB Markinson is an American who's recently returned to the US after a seven-year stint in the UK and Ireland. When she isn't writing, she's traveling the world, watching sports on the telly, visiting pubs in New England, or reading. Not necessarily in that order. Her novels have hit Amazon bestseller lists for lesbian fiction and lesbian romance. She cohosts the Lesbians Who Write Podcast (lesbianswhowrite.com) with Clare Lydon. TB also runs I Heart Lesfic (iheartlesfic.com), a place for authors and fans of lesfic to come together to celebrate lesbian fiction.
View all posts by TBM →
This entry was posted in London, Sports and tagged 50 Year Project, England, Europe, Football, London, Photography, Soccer, Spain, Sporting Events, Sports, The Tube, Wembley Arch, Wembley Stadium. Bookmark the permalink.

28 Responses to My First Time