A Cold Night at Craven Cottage

Last night we saw a football match at Craven Cottage.  Fulham hosted West Bromwich Albion.  It was a chilly night, but that didn’t stop the masses from heading out to cheer on their teams.  The final score was 1-1.  It looked like Clint Dempsey’s goal in the second half was going to secure a win for Fulham.  However, West Brom scored with only eight minutes left in the match.  I love this sport!

Here are some photos: 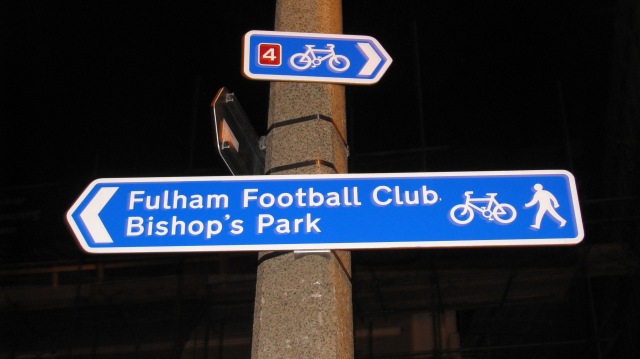 Before heading to the stadium we stopped off for a pint or two: 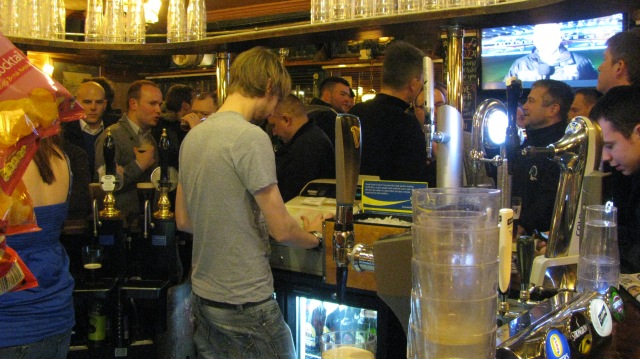 We made our way to the stadium:

When we got to our seats, we had the unfortunate task of telling the people sitting there that they were in our seats.  One guy was not too happy about this and tried to put up a fight and yell.  However, once he looked at his ticket, he realized he was in the wrong seat.  I can understand why he was upset, our seats were four rows back behind one of the goals. I’ve never been that close to the field before.

This photo was taken during a corner kick by Fulham:

During halftime everyone wanted a drink:

After the match we had to travel through this tunnel:

We stopped off at the pub once again before making our way home.  Another successful experience!

TB Markinson is an American who's recently returned to the US after a seven-year stint in the UK and Ireland. When she isn't writing, she's traveling the world, watching sports on the telly, visiting pubs in New England, or reading. Not necessarily in that order. Her novels have hit Amazon bestseller lists for lesbian fiction and lesbian romance. She cohosts the Lesbians Who Write Podcast (lesbianswhowrite.com) with Clare Lydon. TB also runs I Heart Lesfic (iheartlesfic.com), a place for authors and fans of lesfic to come together to celebrate lesbian fiction.
View all posts by TBM →
This entry was posted in London, Sports and tagged Clint Dempsey, Craven Cottage, England, English Premier League, Football, Fulham, London, Photography, Soccer, Sports, West Bromwich Albion. Bookmark the permalink.

21 Responses to A Cold Night at Craven Cottage