The next movie on my AFI top 100 films is Easy Rider, written by Peter Fonda, Dennis Hopper, and Terry Southern.  Hopper directed the film and Fonda produced it.  The film, released in 1969, was a box office hit and due to its success Hollywood realized that money could be made from low-budget films.  Jack Nicholson was nominated for Best Supporting Actor.  Nicholson’s films prior to Easy Rider did not garner much attention for the actor.  He started to believe that he may not make it in front of the camera and thought he would only write and direct films.  Easy Rider launched his acting career and thank goodness.  I love his work.

The film follows two American bikers who are riding through the Southwest and South on their way to Mardi Gras in New Orleans, Louisiana.   When the movie starts, the bikers, Wyatt (Fonda) and Billy (Hopper) have just smuggled cocaine from Mexico and sold it for a decent amount of money.  They stash their dough in their gas tanks.  After their successful business deal they want to retire in Florida, but first, they head to Mardi Gras.  Along the way they meet a hitchhiker and they take him to his commune.  After a brief visit they hit the road again.  In a small town they ride their bikes in a parade and are arrested for “parading without a permit.”  In jail they meet George Hanson (Jack Nicholson), a drunk and American Civil Liberties Union lawyer.  George decides to travel with Wyatt and Billy to New Orleans.  On their way to New Orleans, the locals don’t know what to think of the group and their hostility upsets the trio. George states, “This used to be a hell of a good country.  I can’t understand what’s gone wrong with it.”   What happens next is shocking.

The movie depicts the counterculture of the sixties, including communal living, hippies, and drug use.  The movie focuses more on the culture and society and not on the characters.  Wyatt and Billy are not truly defined.  Most of the movie is slow with minimal talking.  It wasn’t until Nicholson’s character appeared that I started to enjoy the film.  He made the movie.  And he wasn’t in the movie long enough.  For the most part, this movie did not appeal to me.  I appreciate the concept of the movie and how this movie helped usher in more low-budget films.  I am a huge fan of independent films and ironically one of the movies that aided in the making of more low-budget films did not work for me.  Besides Jack Nicholson’s performance, I really enjoyed the music, featuring Steppenwolf, The Byrds, and Jimi Hendrix, in the movie.  I would like to have the soundtrack.   I don’t think I will watch the film again though.  Once was enough for me.  However, I can see why many others enjoy this film.

Up next is Titanic.

On a side note, during a tour of the St. Louis Cemetery #1 in New Orleans I learned that the Catholic Church was outraged when they saw scenes from Easy Rider that were filmed in the cemetery.  Since then, no other films have been allowed to shoot there unless it is for a documentary.  Here are some photos of the cemetery from my visit. 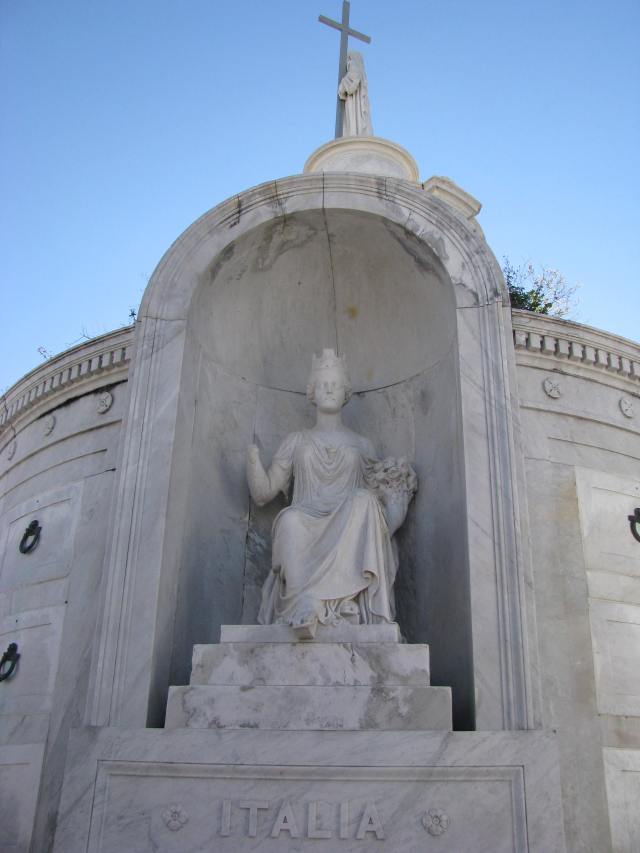 TB Markinson is an American who's recently returned to the US after a seven-year stint in the UK and Ireland. When she isn't writing, she's traveling the world, watching sports on the telly, visiting pubs in New England, or reading. Not necessarily in that order. Her novels have hit Amazon bestseller lists for lesbian fiction and lesbian romance. She cohosts the Lesbians Who Write Podcast (lesbianswhowrite.com) with Clare Lydon. TB also runs I Heart Lesfic (iheartlesfic.com), a place for authors and fans of lesfic to come together to celebrate lesbian fiction.
View all posts by TBM →
This entry was posted in Movies and tagged AFI, American Film Institutute, Communal Living, Counterculture, Dennis Hopper, Drug Use, Easy Rider, Hippies, Jack Nicholson, Low-Budget Films, Movie Reviews, New Orleans, Peter Fonda, St. Louis Cemetery #1, Terry Southern, The Sixties. Bookmark the permalink.