After staying up late to watch the opening ceremonies we woke up early, for a Saturday, to watch the Men’s Cycling Road Race. The race started at 10am and we live close to the starting line so it didn’t take long for the riders to pass us. Actually, the start was a bit of a blur and they were in one gigantic pack. This wasn’t a disappointment since we knew the riders would be returning along the same route later in the afternoon. 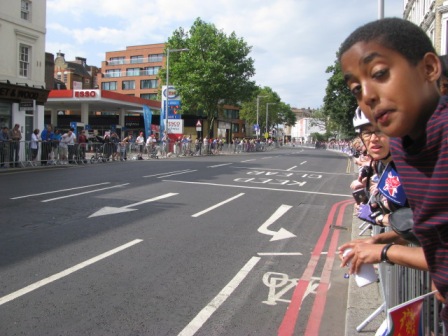 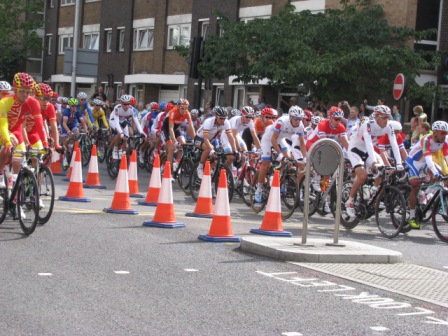 Neither one of us wanted to stand around for hours to wait for the return so we walked through Brompton cemetery. 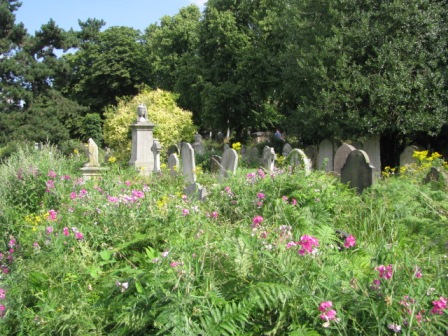 Then, we met some friends at the Troubadour Cafe. 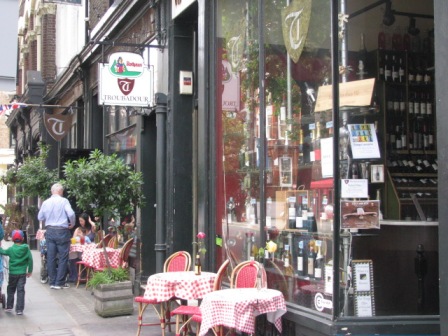 Miles, our dog, joined us after breakfast. A couple of hours later we lined up again to cheer on the riders. Miles was ready.

The leaders flew by followed closely by other competitors. 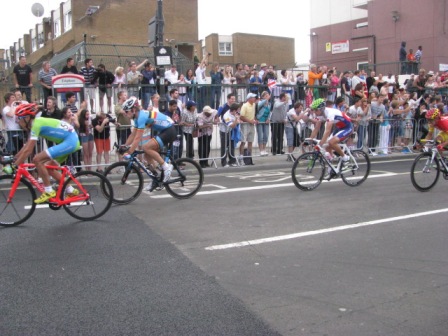 The local crowd wanted to see Mark Cavendish win the gold. However, it wasn’t meant to be. Kazakhstan’s Alexandr Vinokourov won. All in all, it was a wonderful start to the Olympics for our family and it was the first Olympic event that all of us watched live. Now I’m going to settle in front of the telly to watch more events.

TB Markinson is an American who's recently returned to the US after a seven-year stint in the UK and Ireland. When she isn't writing, she's traveling the world, watching sports on the telly, visiting pubs in New England, or reading. Not necessarily in that order. Her novels have hit Amazon bestseller lists for lesbian fiction and lesbian romance. She cohosts the Lesbians Who Write Podcast (lesbianswhowrite.com) with Clare Lydon. TB also runs I Heart Lesfic (iheartlesfic.com), a place for authors and fans of lesfic to come together to celebrate lesbian fiction.
View all posts by TBM →
This entry was posted in Sports and tagged Alexandr Vinokourov, Brompton Cemetery, Cycling, England, Kazakhstan, London, London 2012, Mark Cavendish, Men's Cycling Road Race, Olympics, Photography, Photos, Sports, The Troubadour. Bookmark the permalink.