Quotes from the Masters: Plato

“Never discourage anyone who continually makes progress, no matter how slow.”  Plato 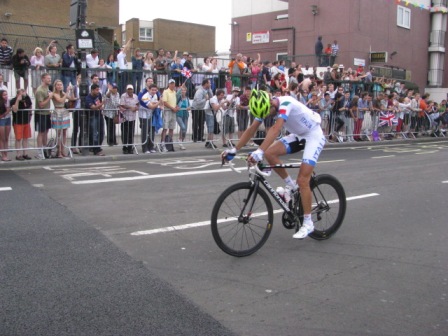 Robin’s quote this week is perfect since the Olympics are going on. I saw this rider last Saturday during the Men’s Cycling Road Race. He looked tired and I think he was certain he wasn’t going to win. However, that didn’t stop the crowd from cheering him on. I know there will be a lot of disappointed athletes over the next two weeks. But I hope they stop to think of how much they have accomplished and how much they have inspired all of us who are watching. Not everyone can say that they competed in the Olympics.

TB Markinson is an American who's recently returned to the US after a seven-year stint in the UK and Ireland. When she isn't writing, she's traveling the world, watching sports on the telly, visiting pubs in New England, or reading. Not necessarily in that order. Her novels have hit Amazon bestseller lists for lesbian fiction and lesbian romance. She cohosts the Lesbians Who Write Podcast (lesbianswhowrite.com) with Clare Lydon. TB also runs I Heart Lesfic (iheartlesfic.com), a place for authors and fans of lesfic to come together to celebrate lesbian fiction.
View all posts by TBM →
This entry was posted in Quotes from the Masters and tagged 50 Year Project, Accomplishments, Disappointment, Goals, Heart, London, Men's Road Cycling Race, Olympics, Photography, Plato, Quotes. Bookmark the permalink.

22 Responses to Quotes from the Masters: Plato