After visiting William Shakespeare’s home earlier this summer I decided that it was time for me to read more of his works.  I know, how did I get through school without reading his plays?  Surprising, I only had to read one of them, Romeo and Juliet, which I enjoyed. I didn’t enjoy reading my part in front of the class, but acting has never been my thing.

Part of Carl’s Once Upon a Time Challenge is a June reading of A Midsummer Night’s Dream. You probably know that it’s August now. So I wasn’t successful in squeezing this one in during the “proper” month. However, I’m not big on deadlines. I used to have a job that had several deadlines each day. And I met them. I don’t let deadlines dictate my private life though. Stress is just not worth it. Anyhoos, I finally read the play and I’m so glad that I did. Thanks for the inspiration Carl!

The tale has several plots that are woven together. Four Athenian lovers have nothing but problems since two men are in love with the same woman and the other woman is in love with one of the guys who is not interested in her.  Love, it’s never easy.  Then for a little comedy, there are six amateur actors who are rehearsing a play.  I got the feeling that they weren’t the smartest of people.  To add even more layers to the story, Shakespeare includes fairies who like to interfere and have fun with the humans.  The King and Queen of the fairies have a competition, which impacts almost everyone in the play.  All of the plots are connected by the upcoming marriage of Theseus, Duke of Athens and Hippolyta, Queen of the Amazons.

I enjoyed reading the play and I can see why it’s one of his most popular.  But now I would like to see it.  Plays are fun to read, however, I think it’s best to hear and see the actors.  Does anyone have any suggestions for movies that captures the true essence of the play?

Up next is Macbeth.

Below you will find some of the photos I took during my visit to Shakespeare’s home in Stratford-upon-Avon. 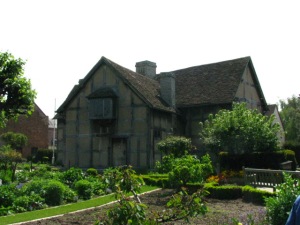 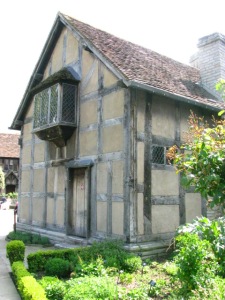 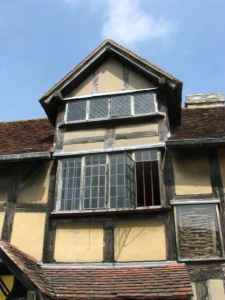 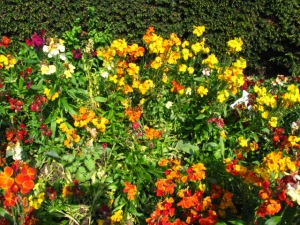 TB Markinson is an American who's recently returned to the US after a seven-year stint in the UK and Ireland. When she isn't writing, she's traveling the world, watching sports on the telly, visiting pubs in New England, or reading. Not necessarily in that order. Her novels have hit Amazon bestseller lists for lesbian fiction and lesbian romance. She cohosts the Lesbians Who Write Podcast (lesbianswhowrite.com) with Clare Lydon. TB also runs I Heart Lesfic (iheartlesfic.com), a place for authors and fans of lesfic to come together to celebrate lesbian fiction.
View all posts by TBM →
This entry was posted in Books and tagged 50 Year Project, A Midsummer Night's Dream, Blog, Blogging, Book Reviews, England, English Writers, Fairies, Fantasy, Life, Literary Classics, Photography, Photos, Plays, Review, Stratford-upon-Avon, Travel Journal, William Shakespeare, William Shakespeare's Home. Bookmark the permalink.

46 Responses to A Midsummer Night’s Dream