After reading Daphne du Maurier’s Rebecca I wanted to delve more into her works. Jamaica Inn is an eerie tale about murder and deception in Cornwall in 1820. After her mother’s death, Mary Yellan moves in with her mother’s sister,  Patience. Aunt Patience has married Joss Merlyn, who is the proprietor of Jamaica Inn. An inn that doesn’t ever have any guests. Seems odd, right?  Before Mary arrives at the inn, she’s warned that it’s no place for a lady. However, Mary doesn’t have any other family to live with.

Right from the start she doesn’t like her Uncle Joss. He’s a bully with a temper. But is that all, or is he also a murderer and the leader of a group known as the wreckers? This group runs ships aground, then they murder all those on board, and pilfer the booty. Mary Yellan turns to Francis Davey, the vicar of the nearby village of Altarnun. Can Davey help her? To complicate matters, she falls in love with Jem Merlyn, Joss’s brother.

It’s hard not to compare this work with Rebecca. Before I finished Jamaica Inn, I had it in my head that Rebecca was the better of the two. Then I read the second book all the way to the end. I’ll tell you folks, now I’m torn. I wasn’t expecting some of the twists and turns in Jamaica Inn. Both had me wondering what was actually going on and both of them surprised me all the way to the end. So if you ask me today which I prefer I may say Rebecca. Next week, I might say Jamaica Inn. For now I’ll say that I enjoy Daphne du Maurier’s writing and I’m looking forward to reading more of her novels.

On a side note, I think the real Jamaica Inn still exists today and is now a pub. I must get up there to review this pub. I read this novel for R.I.P., even though I’m a little late posting it. 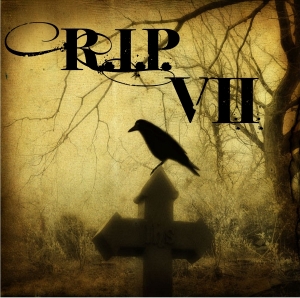 TB Markinson is an American who's recently returned to the US after a seven-year stint in the UK and Ireland. When she isn't writing, she's traveling the world, watching sports on the telly, visiting pubs in New England, or reading. Not necessarily in that order. Her novels have hit Amazon bestseller lists for lesbian fiction and lesbian romance. She cohosts the Lesbians Who Write Podcast (lesbianswhowrite.com) with Clare Lydon. TB also runs I Heart Lesfic (iheartlesfic.com), a place for authors and fans of lesfic to come together to celebrate lesbian fiction.
View all posts by TBM →
This entry was posted in Books and tagged 50 Year Project, Blog, Blogging, Book Reviews, Books, Cornwall, Daphne du Maurier, Jamaica Inn, Literature, Mysteries, R.I.P., Rebecca, Suspense, Thrillers. Bookmark the permalink.