What about the boys?

This week I was supposed to share a story from my trip to Guatemala. Then I remembered something that happened in Honduras. So back to Honduras we go. Each time we go on trips we have to find people to watch our dog and cat. When we lived in the States friends were the first ones we asked. Usually, we didn’t have any issues. Most of our friends are animal lovers and all of us took turns watching each other’s pets. If I had a long day at work I could call my neighbor and she would happily take Miles out for me and vice versa. If I had a day at home, I would “collect” Miles’s friends on the deck for playtime. It was so easy—most of the time.

When we left for Honduras everything was set. The boys were with friends. Halfway through the trip I started to examine our itinerary. That’s when I realized we had one extra day in Honduras. Fantastic news. Who wouldn’t want to spend another day in tropical paradise! 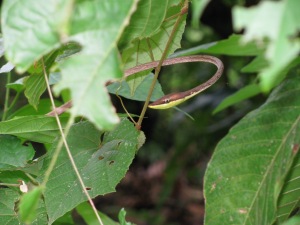 Hold on a second, what about the boys? I started sending out frantic emails. I knew the couple watching the boys couldn’t watch them for another day since they were leaving Boston that day. It was close to the 4th of July so chances were many people would be away. I started getting emails saying, “Sorry can’t do it, but let me ask so and so.” It was a nervous few hours.

Then I received an email from one of your good friends who had just returned from a trip. Of course they would watch them. No trouble at all. What a relief. And lesson learned. Check the dates before making pet arrangements. Now when I make plans for the boys I send an itinerary to the pet sitters in advance so they know our dates and flights. Apparently I’m not that responsible and need someone to check up on me. I probably shouldn’t mention my degrees in history. You’d think dates would be my thing. But I tell people all the time that history isn’t just about dates. It’s the greatest story ever told. That’s my excuse and I’m sticking to it.

And next week the Guatemala stories will begin. Don’t worry, even though I learned a lot from my trip to Honduras, I still made one mistake after another. Each trip I keep hoping I don’t have to deal with issues. Not realistic I know.

TB Markinson is an American who's recently returned to the US after a seven-year stint in the UK and Ireland. When she isn't writing, she's traveling the world, watching sports on the telly, visiting pubs in New England, or reading. Not necessarily in that order. Her novels have hit Amazon bestseller lists for lesbian fiction and lesbian romance. She cohosts the Lesbians Who Write Podcast (lesbianswhowrite.com) with Clare Lydon. TB also runs I Heart Lesfic (iheartlesfic.com), a place for authors and fans of lesfic to come together to celebrate lesbian fiction.
View all posts by TBM →
This entry was posted in Travel Stories and tagged 50 Year Project, Animals, Blog, Blogging, History, Honduras, Humor, Life, Pet Sitters, Pets, Photography, Photos, Stupidity, Travel, Travel Blog, Travel Journal, Travel Photos, Travel Stories, Travel Woes, Tropical Paradise. Bookmark the permalink.

31 Responses to What about the boys?