Out and About in London

In an effort to see more of London we’ve decided to venture to neighborhoods we haven’t been to and don’t know much about. Yesterday we hopped the Tube and found ourselves in Clapham. This district is in south west London, within the London Borough of Lambeth. Clapham is known for its large green space, called Clapham Common. 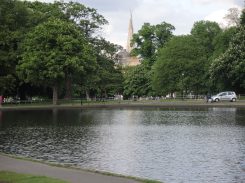 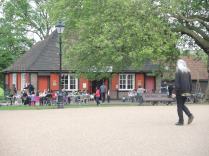 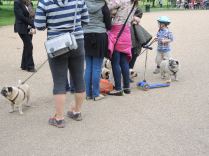 We wandered through the streets and I liked that this neighborhood was away from the hustle and bustle of the City of London.  Most of the people we saw probably lived in the area. I was the only fool with a camera and I got some weird looks when I snapped photos. 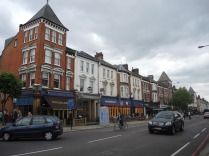 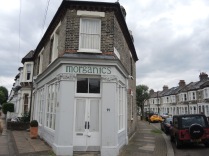 Then we found The Dime, a bar and diner. We ordered a couple of drinks and appetizers in the bar and watched Nadal’s French Open Match. 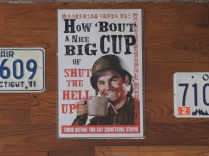 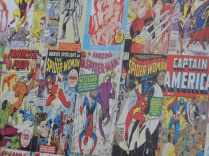 I can’t wait to see what neighborhood we visit next.

TB Markinson is an American who's recently returned to the US after a seven-year stint in the UK and Ireland. When she isn't writing, she's traveling the world, watching sports on the telly, visiting pubs in New England, or reading. Not necessarily in that order. Her novels have hit Amazon bestseller lists for lesbian fiction and lesbian romance. She cohosts the Lesbians Who Write Podcast (lesbianswhowrite.com) with Clare Lydon. TB also runs I Heart Lesfic (iheartlesfic.com), a place for authors and fans of lesfic to come together to celebrate lesbian fiction.
View all posts by TBM →
This entry was posted in London, Uncategorized and tagged 50 Year Project, Clapham, Clapham Common, England, Life, London, London Borough of Lambeth, Nature, Photography, Photos, South West London, The Dime, The Tube, Walking London. Bookmark the permalink.

37 Responses to Out and About in London