Another glorious weekend in London. The weather has been wonderful and it feels like summer is here to stay this time. On Saturday morning we joined the wonderful Isobel for a tour of Vauxhall. We had never been to the area and when we first arrived all we saw was a massive bus, underground, and train station. However, I’ve been on a few tours with Isobel so I knew we would be in for a treat.

Up first the bus station. If you look at the photos below you’ll see some strange ski looking things on top of the building. There are solar panels in there and they supply one-third of the energy for this busy transportation center. One-third! Now I wish all businesses and residential places used solar energy. The animals, landscape, and planet would say thank you. 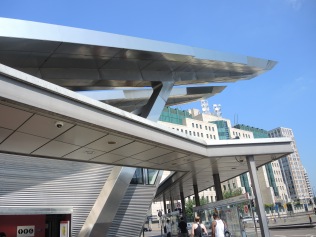 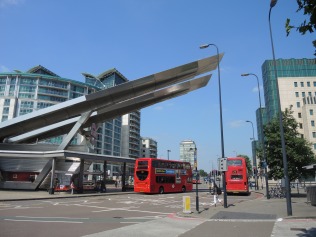 Next we visited a small, but delightful garden in Bonnington Square. Before the garden was installed, this area had been hit by a bomb in World War II. Now it’s a wonderful place for kids (big and small) to play. 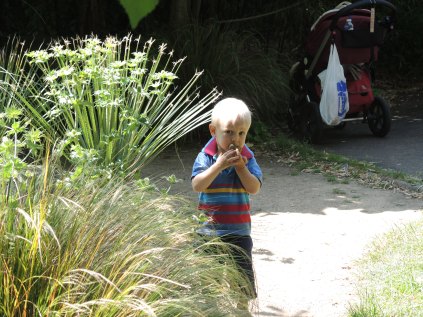 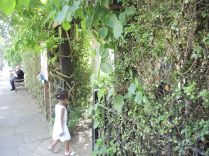 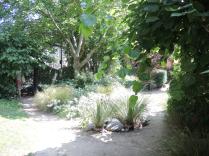 The neighborhood on the way to our next stop.

The Harleyford Road Community Garden. This is located near a busy street, but when inside you would never know it. In the 1970s it was a wasted space. The residents worked together to create this wonderful place for all to enjoy. 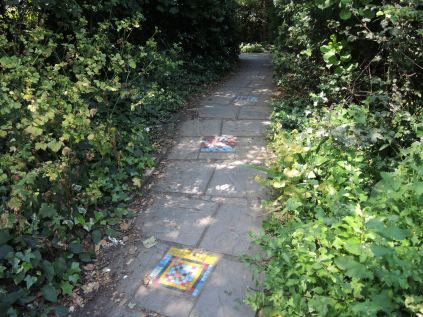 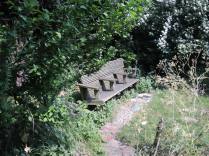 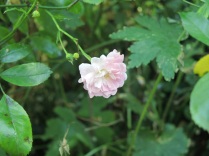 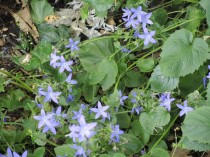 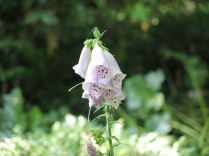 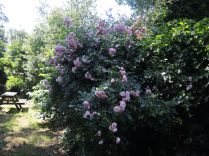 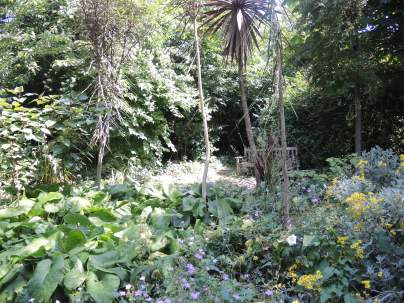 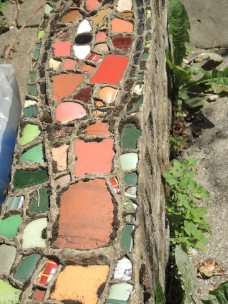 The Royal Vauxhall Tavern was erected in 1863. At first it was a Victorian music hall. After the war it became a venue for female impersonators. Many of London’s elite drag artists have performed here. And in the 1970s, Freddie Mercury would visit. 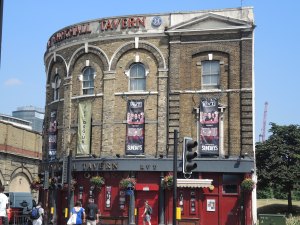 The Battersea Power Station. This used to be a coal-fired power station, but now it is decommissioned. Many of you may recognize it though. It was shown in The Beatles’ movie, Help!, appeared in the Judas Priest video, “Another Thing Comin’”, and was used for the cover of Pink Floyd’s album Animals. 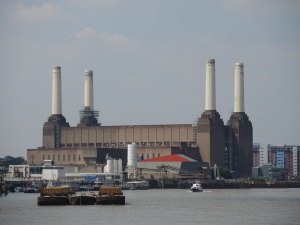 This is St. George’s Tower. Many of you may have heard of an accident recently, when a helicopter hit a crane. This is where the accident occurred. 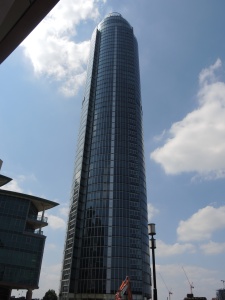 Here is the Vauxhall Bridge, originally called Regent’s Bridge. It was built in the nineteenth century and was a toll bridge. Now it’s open to the public. Along the side you can see statues. Also, for trivia lovers. It was the first one in London to have tram tracks. 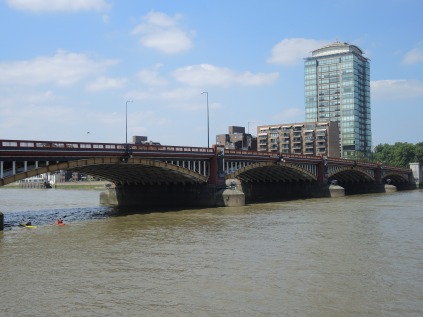 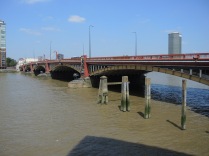 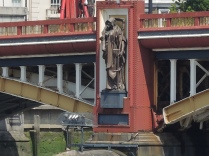 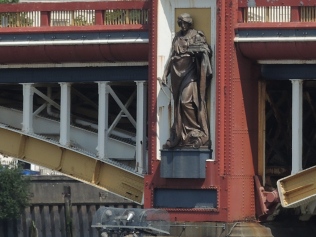 This building, Peninsula Heights, might be of interest to book lovers. Jeffrey Archer owns the penthouse at the top. In addition it appeared in the Italian Job and in Sweeney. 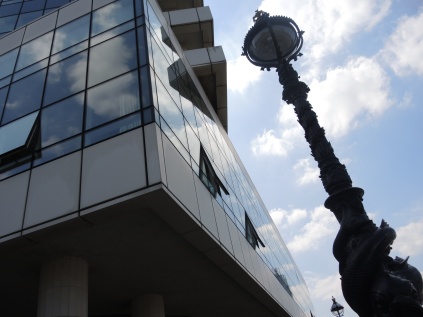 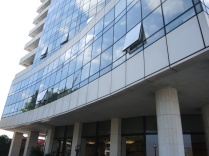 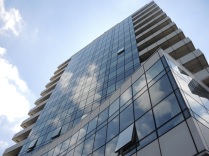 One of my favorite stops was the Vauxhall farms. I have to admit, I wasn’t expecting to see any animals on the tour and Isobel surprised me. 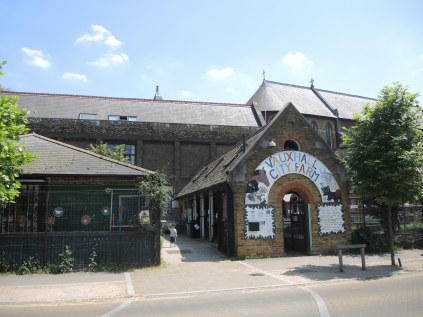 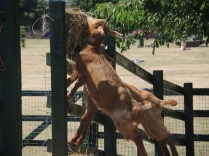 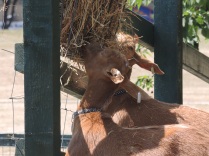 We ended at this adorable tea place. Unfortunately we didn’t have time to have a cup of tea since we rushed home to watch Wimbledon. But I’m sure I’ll be back. 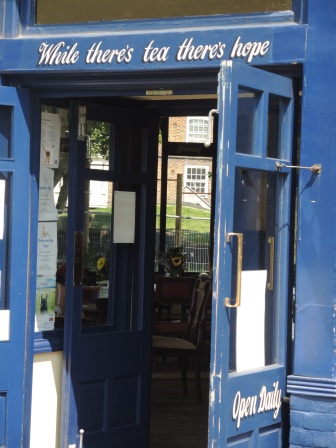 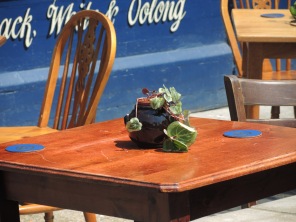 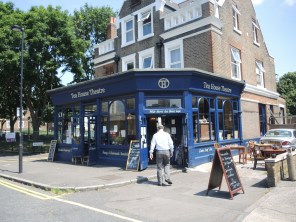 For those who are in the London area or will be visiting, I highly recommend going on a tour with Isobel. Here’s her site. She’s an amazing guide and whenever I get a chance I go. In fact, I may repeat some of them.