Before I begin, I would like to apologize to my New York readers. This isn’t personal, I promise. There’s always next year. For those who don’t know much about the rivalry between the Red Sox and the Yankees let me just say its epic. One of my buddies from Colorado refused to speak to me for days when he learned I was moving to Boston. He was from New York. He still hasn’t forgiven me and I no longer live in Beantown.

When I moved to Boston in 2006 I wasn’t a Red Sox fan. I didn’t hate them, but I wasn’t a follower. However, I love sports. So when The Better Half started taking me to the games I learned to like the team. After a couple of years in Boston I learned two things. First: there are no rules when driving. Seriously, they are crazy drivers. Five cars will line up at a red light and all of them will merge into two lines by the time they get through an intersection. Two: if you don’t support the Sox your life will be miserable. No matter where I went, people were talking about the team. At work, in the bars, bookstores, the chiropractor, and grocery stores … it goes on. You can’t escape Red Sox fans. Being a sports lover it wasn’t hard for me to become a member of the Red Sox nation. And to this day we still have fond memories of going to Fenway. We actually saw Clay Buchholz pitch a no-hitter in 2007.

Tonight is game six of the World Series. If the Sox win, they win the whole shebang. I hope they do. Currently I’m writing a novel and my main character is a raving Red Sox fan so I’ve been following this season closely for research. I will say I’m glad I won’t be in Boston this evening. Last time they won the Series I had to get a new windshield for my car. We lived next to Boston College and it got rowdy that night. If you live on Commonwealth Avenue near BC, I hope your car is safe.

I put together some photos of my trips to Fenway. 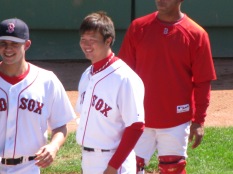 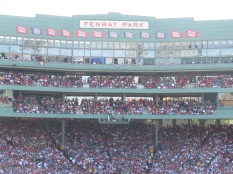 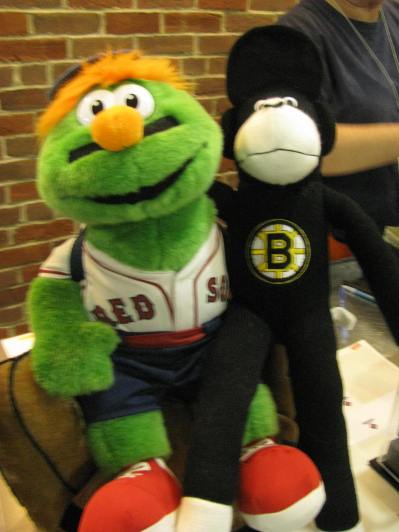 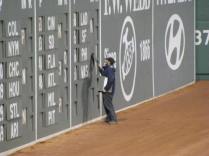 TB Markinson is an American who's recently returned to the US after a seven-year stint in the UK and Ireland. When she isn't writing, she's traveling the world, watching sports on the telly, visiting pubs in New England, or reading. Not necessarily in that order. Her novels have hit Amazon bestseller lists for lesbian fiction and lesbian romance. She cohosts the Lesbians Who Write Podcast (lesbianswhowrite.com) with Clare Lydon. TB also runs I Heart Lesfic (iheartlesfic.com), a place for authors and fans of lesfic to come together to celebrate lesbian fiction.
View all posts by TBM →
This entry was posted in Sports and tagged Baseball, Boston, Clay Buchholz, Fenway Park, New York Yankees, No Hitter, Photography, Photos, Red Sox, Sports, World Series. Bookmark the permalink.

79 Responses to Come on Red Sox!