I had a pub post ready to go today, and then I read the news about Nelson Mandela’s death and I decided to change my post. In 2010 I had the opportunity to visit South Africa and we attended a couple of World Cup matches. When we told people we were going to South Africa, many people reacted negatively and said it wasn’t a safe place. I won’t tell you that it’s the safest place ever, since I don’t think any place is. But we had a wonderful time. We stayed in Cape Town for five days and the city was a hopping. Fans and locals were in a party mood and it’s one of the best experiences of our lives. And the country is amazing. So beautiful.

I think the success of the World Cup in South Africa was a wonderful tribute to Mandela. I wish there were more people in the world like him. You’ll probably read and see a lot about him in the next few days. I admired his bravery, spirit, forgiveness, and determination. When I think of him, I remember my visit. Here are some photos from our trip. 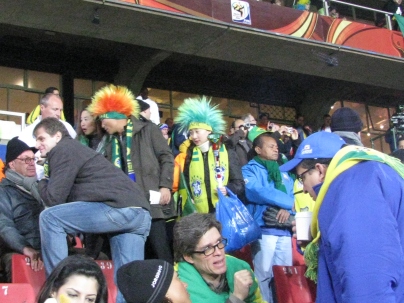 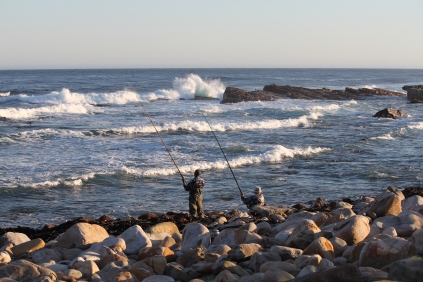 The coastline of South Africa

TB Markinson is an American who's recently returned to the US after a seven-year stint in the UK and Ireland. When she isn't writing, she's traveling the world, watching sports on the telly, visiting pubs in New England, or reading. Not necessarily in that order. Her novels have hit Amazon bestseller lists for lesbian fiction and lesbian romance. She cohosts the Lesbians Who Write Podcast (lesbianswhowrite.com) with Clare Lydon. TB also runs I Heart Lesfic (iheartlesfic.com), a place for authors and fans of lesfic to come together to celebrate lesbian fiction.
View all posts by TBM →
This entry was posted in Africa and tagged Cape Town, History, Nelson Mandela, Nelson Mandela Death, Photos, South Africa, World Cup. Bookmark the permalink.