I still haven’t figured out how to title these random posts so my apologies.

I’m asked a lot how I decide on my vacation spots. I don’t have a certain method. For instance, we went to Prague since I wanted to see the Christmas Markets. We ended up in Malaysia to visit friends that we met in Botswana. We went to South Africa for the World Cup.

And most recently we visited Trieste, Italy for a Pearl Jam concert. The Better Half loves Pearl Jam. I mean really loves the group and knows the words to every single song. During a concert in Toronto TBH was singing her heart out and the woman in front of us turned around and said, “I’m amazed that you know all the songs!” She wasn’t annoyed in the least by TBH’s singing and they became buddies for the night.

I haven’t had a chance to organize the photos from our latest trip, but here are some of the photos of the Pearl Jam concert. I hope to share more photos of Trieste next week. 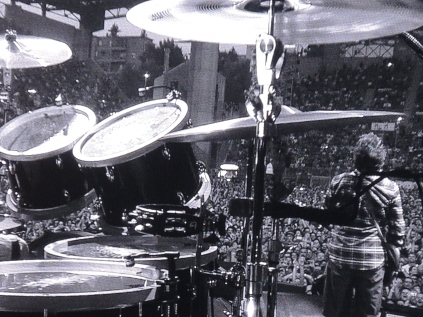 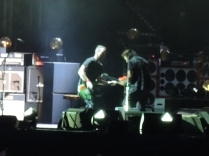 Another book that I recently completed from my 1001 list was Fear and Loathing in Las Vegas by Hunter S. Thompson. I wasn’t sure how I would like this book. I’m one of those oddities in this world. I haven’t tried any drugs. Not even pot. I know a lot of you don’t believe me, but I’m telling you I haven’t. I have an illness that causes heart issues so I figure it’s probably best I don’t mess around with drugs.

Saying that, I thought a book about drug use might annoy me or I might not be able to connect to it. However, I found his writing to be hysterical. Most of the book I was chuckling and at times I was laughing out loud. Also I found his insights to be, well insightful. The book was published (1971) before I was born but a lot of the issues he discusses are still pretty relevant today.

Last Saturday we went to Borough Market to buy some cheese. I love going there and sampling different cheeses to find the perfect one. The sellers are usually really kind. Cheese shopping makes me thirsty so when I spied The Market Porter I marched right in. The outside area where we enjoyed our drinks and people watching was pretty filthy. I don’t think this is the pub’s fault. I saw many market goers who weren’t even patrons of the pub throwing their trash or placing it on the window ledges. I hate seeing people litter like that. Why do they think others want to pick up after them? The inside of the pub was unspectacular. However I did enjoying sampling a new cider called Lady in Pink. It was yummy and the location of the pub does provide free entertainment. Tourists are funny. One group of ladies was having a ball taking silly photos with sausages they purchased. I was laughing too much and didn’t get any photos. 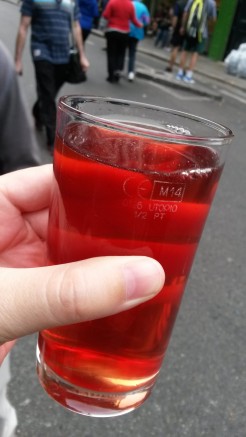 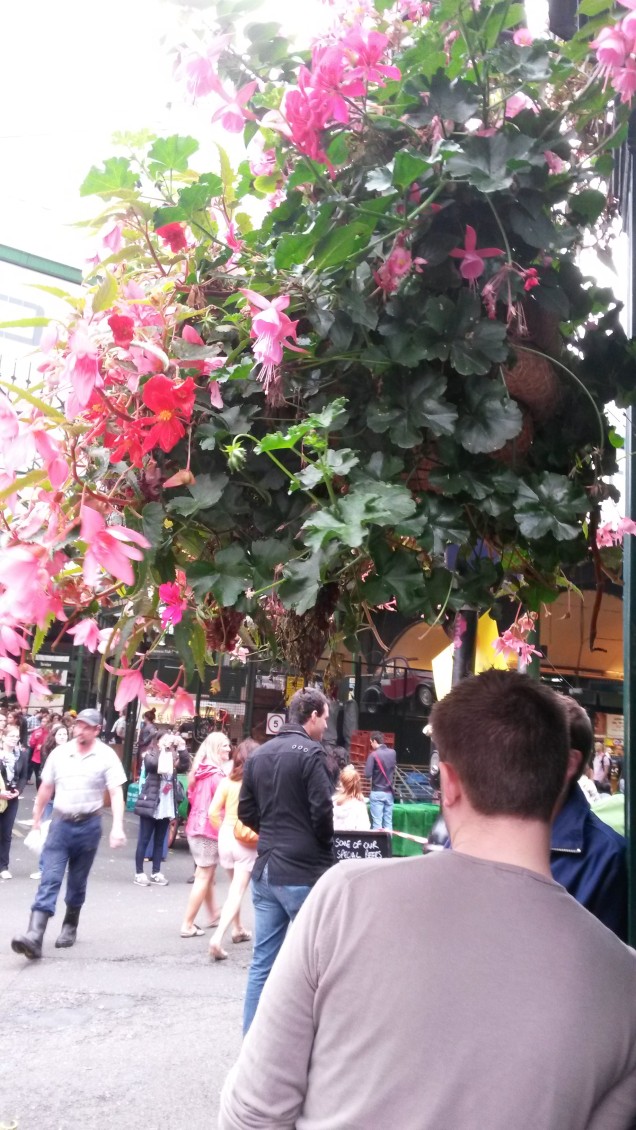 On Sunday we took Miles on a picnic. He absolutely loved it! Not only did he keep stealing some of the cheese but he was able to play with Red Ball. 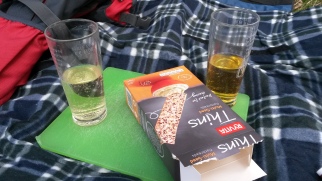 Miles was knackered when we went home and didn’t get out of bed the next day until nine.

Have a great weekend everyone!

TB Markinson is an American who's recently returned to the US after a seven-year stint in the UK and Ireland. When she isn't writing, she's traveling the world, watching sports on the telly, visiting pubs in New England, or reading. Not necessarily in that order. Her novels have hit Amazon bestseller lists for lesbian fiction and lesbian romance. She cohosts the Lesbians Who Write Podcast (lesbianswhowrite.com) with Clare Lydon. TB also runs I Heart Lesfic (iheartlesfic.com), a place for authors and fans of lesfic to come together to celebrate lesbian fiction.
View all posts by TBM →
This entry was posted in Books, London, Travel and tagged Borough Market, Fear and Loathing in Las Vegas, Hunter S. Thompson, Italy, Pearl Jam, Pubs, The Market Porter, Trieste. Bookmark the permalink.

36 Responses to Pearl Jam, Fear and Loathing, Tourists, and Miles