A Pub, The Color Purple, and Life in London

It’s been a while since I shared a pub on the blog. My quest to visit all the pubs in London is still going strong, but it’s getting a bit hard to share all of them here. Some of them aren’t worth mentioning. Sometimes I forget to snap photos (this usually happens when I visit more than one pub in a day).

A few weekends ago, we found a delightful pub, The Ship and Shovell, near Trafalgar Square. Luckily when we ordered our first round a table opened up and we ended up enjoying chili cheese cheese fries and another round of beers. Both of us were starving so I didn’t take a photo of the fries. They were a tasty treat. This pub is near The Sherlock Holmes pub and I found it to be far superior, with less tourists. Of course I don’t mean you should skip the Sherlock pub. Afterwards, though, head to this one. 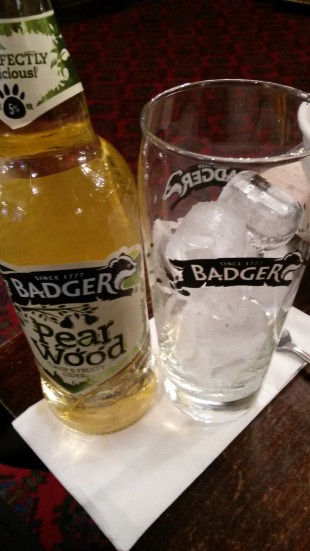 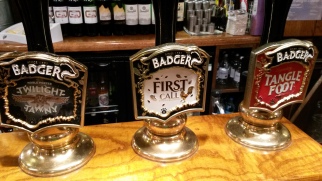 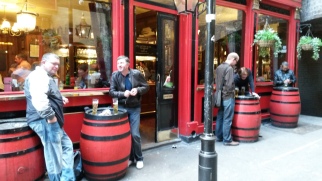 I finally read The Color Purple by Alice Walker. I avoided this book for years, knowing it would be a difficult read for me. The Better Half loves the movie and we’ve watched it together once all the way through. The Better Half has watched it a few times since then, but I always find something else to do. Both the film and book are fantastic, but talk about an emotional roller coaster.

Saying that, I ended up enjoying the book more than I anticipated. In fact, I thought I would have to force myself to sit down and read it so I could mark it off my 1001 list. Even though the subject matter was difficult, the writing was engaging and the historian in me loved the letter format. What can I say, I’m a nerd. I’ve read 97 books from the 1001 list. Still a long way to go, but I’m starting to feel like I’m making a dent in the list.

I’m a bit too lazy today to share some travel photos, but here are some random photos I’ve taken in London over the past month. I know it’s only Thursday, but we decided to take tomorrow off and I’ll be starting my three-day weekend soon. There’s a cider in the fridge calling my name. Have a wonderful weekend folks. 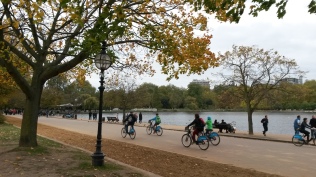 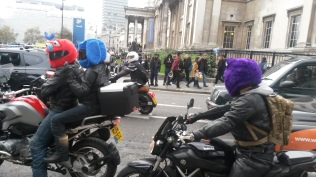 TB Markinson is an American who's recently returned to the US after a seven-year stint in the UK and Ireland. When she isn't writing, she's traveling the world, watching sports on the telly, visiting pubs in New England, or reading. Not necessarily in that order. Her novels have hit Amazon bestseller lists for lesbian fiction and lesbian romance. She cohosts the Lesbians Who Write Podcast (lesbianswhowrite.com) with Clare Lydon. TB also runs I Heart Lesfic (iheartlesfic.com), a place for authors and fans of lesfic to come together to celebrate lesbian fiction.
View all posts by TBM →
This entry was posted in Books, Pub of the Week and tagged 1001 Books you Must Read Before you Die, Alice Walker, England, London, Pubs, The Color Purple, The Ship and Shovell pub. Bookmark the permalink.

48 Responses to A Pub, The Color Purple, and Life in London