Last weekend we had three days off. It was wonderful, but I do have to admit, I’ve been scrambling this week to make up for the day off. Not only did we have three days off, but the days were filled with random events. First, we met a buddy for an early lunch. And we stumbled upon these horses. The kid looks completely befuddled. 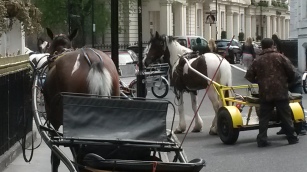 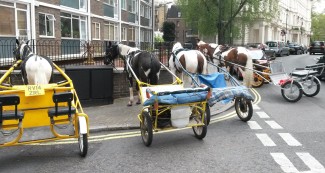 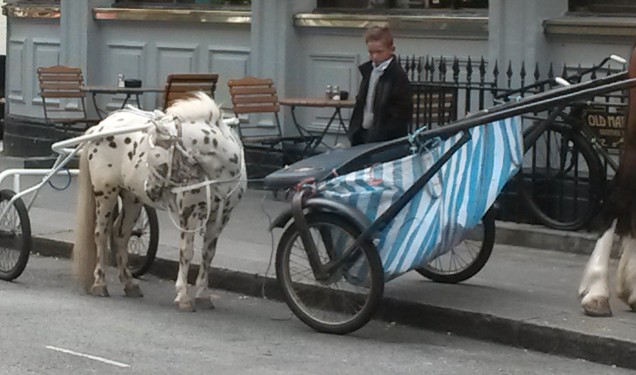 After lunch, we headed to Little Venice. I had heard they had some type of festival going on and I was curious to see what was happening. As it turned out, they had a ton of boats. More than I have ever seen there. There were food stalls, some rides for the kids, and some stalls for shoppers. We didn’t stay too long since it was quite crowded and the space is a bit limited. But it was fun to see the boats. 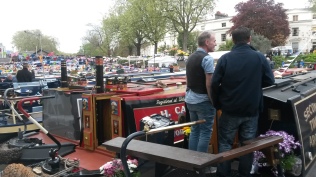 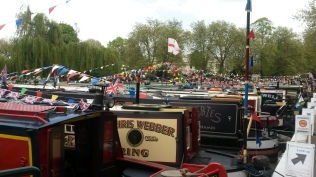 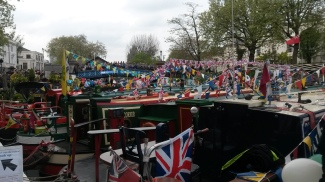 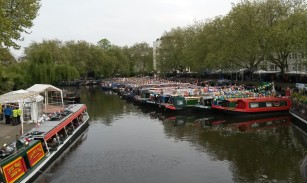 After Little Venice we popped into a pub Miles and I wandered by a few months ago. I had been meaning to take the Better Half there when the weather improved. The weather wasn’t great last weekend, but good enough for a longer stroll for a pub visit. The pub was okay. Not the cleanest, but the staff was friendly and I enjoyed my half pint. 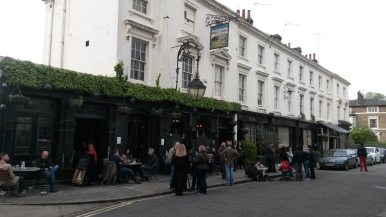 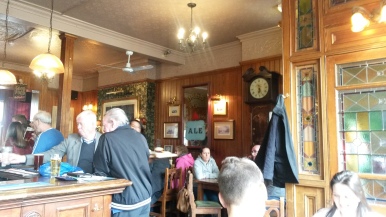 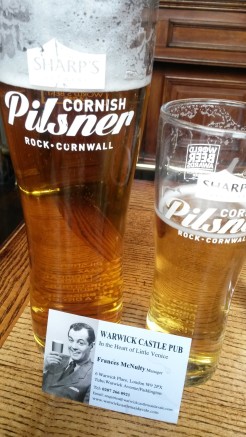 Next, a buddy texted wondering if we were in the area. He wanted to meet at a different pub. I know what you’re thinking. Three pubs in one day. But we couldn’t let a buddy drink alone, so we went. We chatted with our friend for almost two hours. He left, and we stayed a little longer to finish our drinks. Turned out to be a good thing. The pub had the news on, and in case you haven’t heard, last Saturday, a princess was born. Almost everyone in the pub was watching the news of William, Catherine, and Charlotte leaving the hospital. (By the way, check out the stairs to the toilet. After a couple of drinks, it gets tricky.) 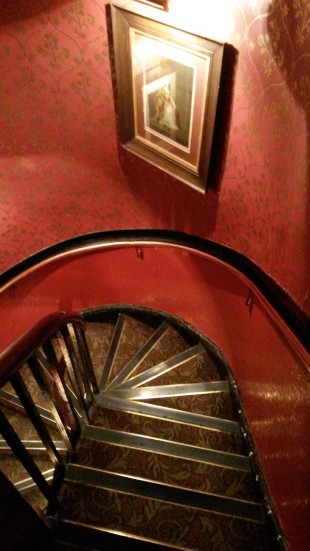 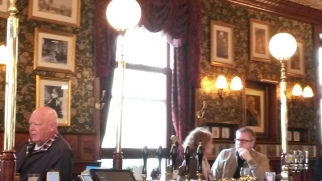 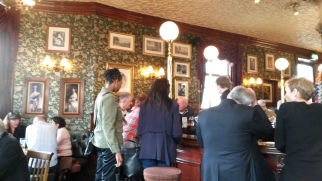 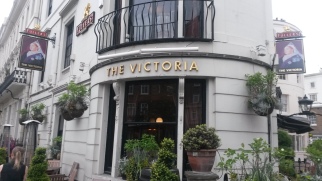 One of the gentlemen at the bar, who hadn’t said a word the entire time we were there, turned to me when everyone in the pub, including the bartenders rushed outside. He said, “Surely they won’t drive by here.” Then he cocked his head. “But the hospital is just down the road.” He got up. We followed and sure enough, the Royal Baby went by. The photos aren’t great and it happened so fast. We didn’t actually see the baby and it was difficult to see, but William was driving. I think it’s funny that the cop is pointing which direction William needs to turn. 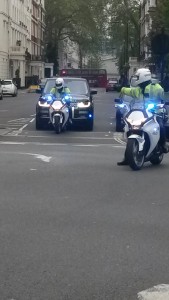 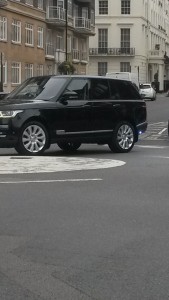 On Monday, the weather was pretty decent so I decided to go for a long walk. After three hours of wandering the city, I made my way home through Hyde Park. They had much of it blocked off for a gun salute. I pondered staying, but it was time for me to take Miles out. However, I did see this. 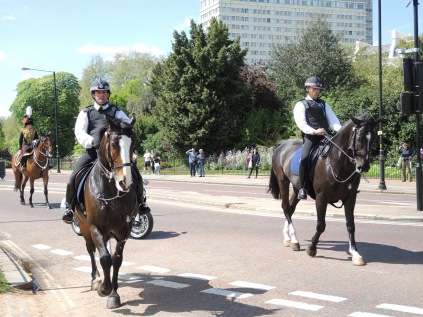 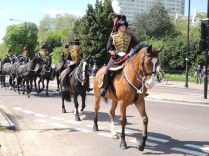 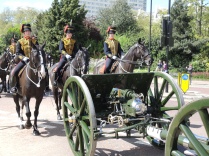 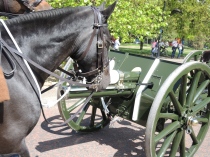 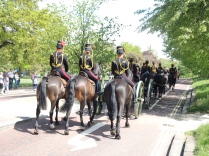 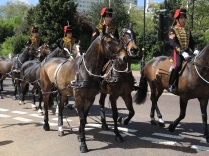 I never know what’s going to happen in London.

TB Markinson is an American who's recently returned to the US after a seven-year stint in the UK and Ireland. When she isn't writing, she's traveling the world, watching sports on the telly, visiting pubs in New England, or reading. Not necessarily in that order. Her novels have hit Amazon bestseller lists for lesbian fiction and lesbian romance. She cohosts the Lesbians Who Write Podcast (lesbianswhowrite.com) with Clare Lydon. TB also runs I Heart Lesfic (iheartlesfic.com), a place for authors and fans of lesfic to come together to celebrate lesbian fiction.
View all posts by TBM →
This entry was posted in London and tagged Gun Salute, Hyde Park, Little Venice, Pubs, Royal Baby. Bookmark the permalink.

43 Responses to Horses, boats, pubs, and a royal baby