An Amazing Experience at the Tower of London

Recently we had a chance to attend the Ceremony of the Keys at the Tower of London. We had reservations for weeks and to be honest, I completely forgot about it. Thank goodness The Better Half didn’t.

The key ceremony has taken place since the 14th century and it happens every night without fail. Only once, during an air raid in World War II, the Tower doors were locked late. The Officer of the Guard felt so bad about it, he wrote a letter to King George VI apologizing. The King said the officer shouldn’t be punished sine the delay was caused by enemy action.

So what happens during the ceremony? Every night, at 9:53 pm, the Chief Yeoman Warder meets the military escort to secure the main gates of the Tower. The group secures the main gates and when they return down Water Lane, they are halted by the sentry and are ordered to identify themselves:

Sentry: “Halt! Who comes there?”

After this, the group heads towards the Bloody Tower Archway into the fortress, where they stop at the bottom of the Broadwalk Steps. At the top of the stairs, the Tower Guard present arms and the Chief Warder raises his hat, shouting:

The Chief Warder than takes the keys to the Queen’s house while the Last Post is played by a bugler.

Just in case you are curious, there’s a small side door you have to squeeze through to get out. After all the guests are outside, this door is locked.

Pictures are not allowed during the ceremony unless you want to stay in the Tower permanently. I’m not sure how serious they are about this rule, but I decided to play it safe. I’m sure after the first hour the charm of being a prisoner in such a historic place wears off.

I did snap some photos outside of the Tower while we waited. The Shaun the Sheep statues were part of the promotion for the movie. I think they have been removed, which is a shame since I loved spotting them in London. 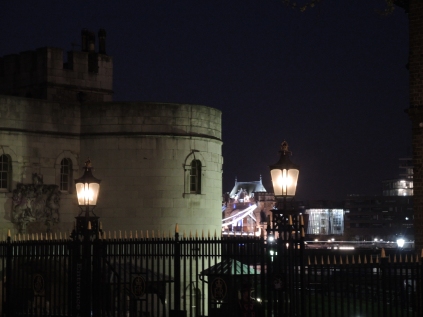 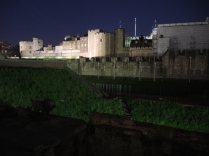 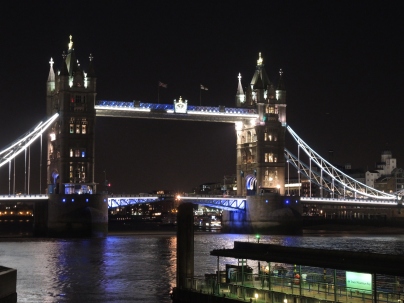 I would like to wish a happy Fourth of July to the folks back home. And I hope everyone has a splendid weekend!

TB Markinson is an American who's recently returned to the US after a seven-year stint in the UK and Ireland. When she isn't writing, she's traveling the world, watching sports on the telly, visiting pubs in New England, or reading. Not necessarily in that order. Her novels have hit Amazon bestseller lists for lesbian fiction and lesbian romance. She cohosts the Lesbians Who Write Podcast (lesbianswhowrite.com) with Clare Lydon. TB also runs I Heart Lesfic (iheartlesfic.com), a place for authors and fans of lesfic to come together to celebrate lesbian fiction.
View all posts by TBM →
This entry was posted in London and tagged Ceremony of the Keys, Chief Warder, History, King George VI, Last Post, London, Queen Elizabeth's Keys, Tower of London. Bookmark the permalink.

43 Responses to An Amazing Experience at the Tower of London