A place to visit in Dublin

One of my favorite places in Dublin to explore is St Stephen’s Green. The park has been officially open to the public since the late 1800s. During the Easter Rising of 1916, some insurgents were stationed in the park. According to one of the signs, there was a halt to gunfire to allow the groundsman to feed the birds. Stephen’s Green is near Grafton street, a major shopping area. If you ever have the chance, I recommend taking a stroll. 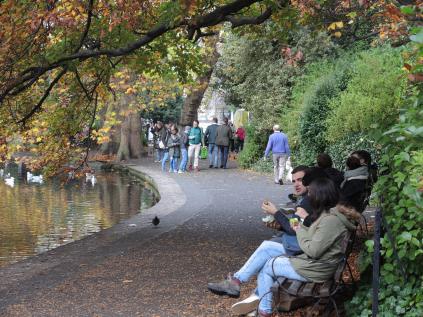 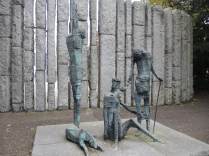 TB Markinson is an American living in England. When she isn’t writing, she’s traveling the world, watching sports on the telly, visiting pubs, or reading. Not necessarily in that order.
View all posts by TBM →
This entry was posted in Ireland and tagged Dublin, Easter Rising of 1916, Grafton Street, Ireland, St Stephen's Green. Bookmark the permalink.

23 Responses to A place to visit in Dublin